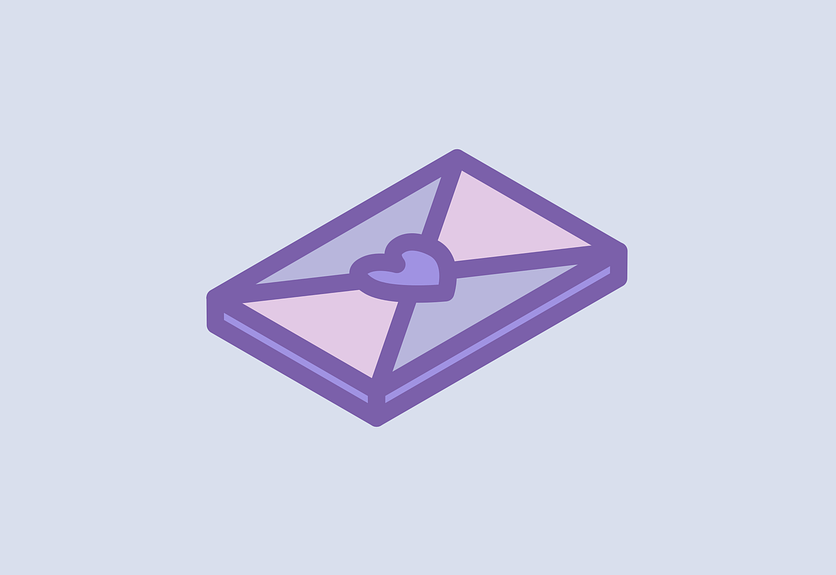 Opting for a minimalist logo is communicating in a clear way and without the superfluity that can be observed among your competitors. A simple and sophisticated logo makes it possible to establish your place on the market as a modern brand. But what exactly is minimalism?

Minimalist design is a design that reuses existing elements while maximizing simplicity and increasing space. This technique is used in many creative areas: graphics, music, literature and many others.

A successful minimalist design gives the impression of having been realized without any effort. These designs are not “empty” or “boring”, as we sometimes hear.

Indeed, although the minimalism methodology is based mainly on the saying “less is more”, reducing the number of elements in a design is an explosive result. And what’s better for your brand logo?

The Outline of Minimalism

Minimalism as an artistic concept appeared in the 1960s and 1970s, although its roots are much older and the same precepts are found in many cultures.

The Japanese designs illustrate very well the first forms of intentional minimalism. The idea of ​​ma, which roughly means “the space between objects”, knows many followers in the land of the rising sun.

And we can find this concept in the clean lines of Japanese architecture, but also in Japanese gardens or in fashion.

At the beginning of the 20th century, when the notion of “branding” was barely born, the logos chosen by the companies were not extraordinary. It was simply to put his name to the consumer.

The first logos were nothing more than a simple name written in the typeface of the time. Sometimes you could add a simple geometric shape, but nothing much more sought after.

It is the rise of consumerism and increased competition that has pushed companies to think more about branding and the importance of being known (and recognized) of consumers.

Thus, we see kitsch and bulky logos appear in a desperate attempt by companies to stand out. To give you a mental picture of the style in question, think about this photo of your mother taken in the 80s where she sports a permanent foolproof and electric blue eyeshadow. We are not unhappy that this fashion has passed…

To stay trendy, many businesses have undertaken to modernize their logo. In other words, it was time to simplify all that and move towards a more minimalist design.

It may sound simple, but it is the most difficult to achieve and you will probably need to go through several versions before arriving at a logo that suits you.

When you doubt your choices, think back to the path of the big multinationals and remember that you are not alone: ​​many business leaders have passed and still pass by.

If the others have managed to find their nirvana, there’s no reason you can not do it either!

Magento Ecommerce agency or ecommerce development guides us on Minimalist webdesign which is a webdesign trend inspired by minimalism.

Minimalism (or minimal art) is a contemporary current of the plastic arts based on the maximum economy of means.

The creed of minimal art is summed up in a formula: “Less is more”. Minimal art is characterized by the economy of means.

It focuses on the essential and gives up the superfluous. This current has spread to other areas. But for a decade, minimalism has also conquered the webdesign.

Applied to webdesign, the minimalism consists in limiting as much as possible the number of elements on the pages, to purify their design, to limit the text, to aim at the readability and the elegance in the way of organizing the contents of the site, to focus on the message to convey.

It’s the art of transmitting the maximum amount of information with the minimum of resources.

Here are some general principles of minimal webdesign:

How to Make It Great?

Ignore totally the brief, a brief it does nothing to restrain our creativity2.0, we do not need to think, we can start directly thanks to our secret method2.0.

Even if the customer asks something absurd and unjustified, like a raccoon for a video site, no need to discuss it with him, anyway in the end nothing will match, and our job is to create, not to give our opinion.

File> new document, let’s not forget to set the color mode to RGB, otherwise the colors will be dull and we will not be able to type in the flashy ranges.

Now that we have cleared all conceptual considerations and prepared our work plan, we can really start working.

Let’s find a form that goes everywhere, fashionable, and that means nothing, the circle is a good example, but there are more exotic forms, like the triangle with rounded edges, the letters on top of a basic shape, or the forms composed by 2 forms, which you will have found at the game playing with the pathfinder.

Once the shape is selected, we will work to add a ton of effect. The key to success lies in this stage. If you miss that, your logo will not really be web2.0 and will not work.

Here are the effects to add systematically:

The purpose of the operation is to get the Holy Grail2.0 of the web2.0 logos, I named: the aqua effect, or jelly.

A web2.0 logo without aqua effect is like a t-shirt site without contests phony, it loses all reason to be.

The fact that in illustrator, effects are rendered pixelated should not slow you down, the main thing is that it’s aqua!

To work the effects, it is necessary to zoom a maximum, 600% style, like that every ray of light, every subtle shadow, every minimal variation of hue is sublimated, and we take advantage of it a maximum.

Now that the biggest job is done, we can look for a suitable typo on Dafont.

The choice of the typo is far from being essential for a logo2.0, any typo sans-serif classified in the top10 will do (even if it is written “for a non-commercial use only”, one trafficking it a bit and it will go).

Let’s now write the name of the mark in upper case, because capitalization is more the class.

Now that it’s done, we have to find an intelligent break in the name of the brand so that we can apply 2 different colors to both parts of the word.

Obviously we add the aqua effect of use. If an intelligent break is not possible, do one anyway, otherwise your logo will be desperately web1.0.

Note: for text, style effects “focus / blur” on the typo are also tolerated.

As long as we are talking about the text, we can talk about the huge importance of the baseline: a baseline, it’s like a “.com” or a “beta”, it can balance a logo of a one shot is an advantage not to be overlooked.

If the customer does not have baseline and your logo seems wobbly, invent one, it’s a bonus and everyone is happy.

Forget the white funds. The white backgrounds are has-been, and the logo will come out badly. In any case, if a logo were to be displayed on a white support one day, that would be known.

For the bottom, all shots are allowed, but if you want to be sure of carding, there are clichés that work very hard: The radial gradient “tone on tone” which takes the main color of the logo for example, or the gradient anthracite2.0 / black, or the streaks2.0 diagonally.

The reflection of the complete logo works very well too. You can combine everything to be sure to hit the mark.

That’s it, your logo is ready! Export it in a size big enough, so that the effects can be seen well.

500 × 500 pixels is a good compromise to appreciate the qualities of our logo.

No need to make smaller, or test with fewer colors, it’s too much 1.0.

If the client requests modifications, run them without arguing, as our logo does not contain any conceptual mechanism anyway, it is even easier to modify it (another advantage, you see).

Often, the client’s wife or secretary will prefer a light purple or a deep green rather than the initial color.

It does not cost anything to please, and after all this color or another it does not change anything, everyone’s taste, after all the logo is not for you and we chose a random color.

Once your logo is realized, do not hesitate to ask for critical congratulations within a community of graphic designer2.0 warned, you will not wait long before harvest moult avis2.0 constructive such as “+1”, “the rendering is always too top +10”, “it slams serious reflections!”, or “super too classy, ​​it mixes the female platypus to death!”.

Ignore criticism of the substance, or more generally, comments1.0 of more than 10 words, paskeu it hurts to the head.

Let’s fight against that indecipherable pastists1.0 who advocates the logo as a synthesis of experience and identity of the company, full of meaning, with intelligent graphic mechanisms and available on all media, including monochrome.

If they say that, they do not know how to draw reflections. 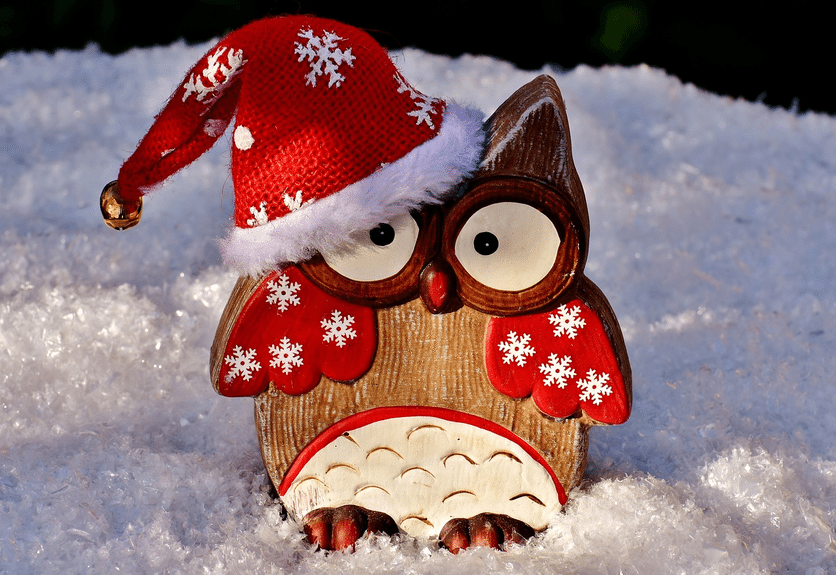 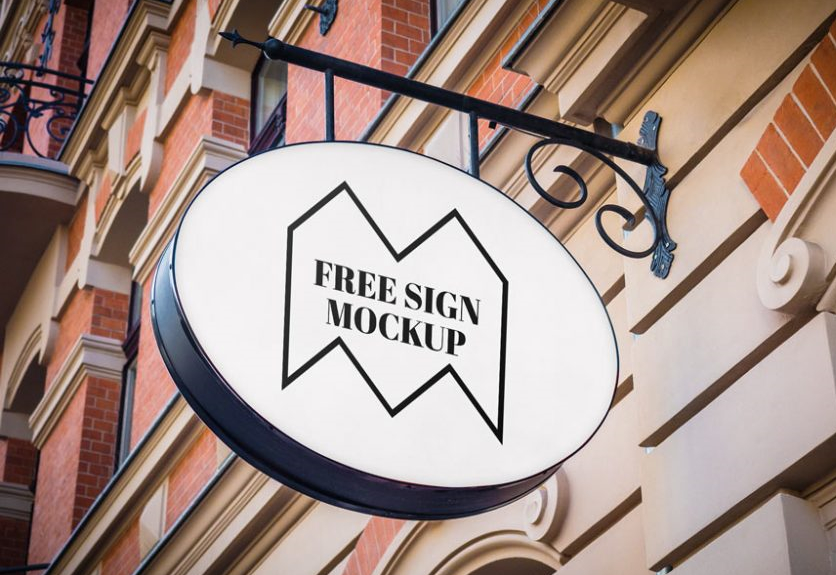